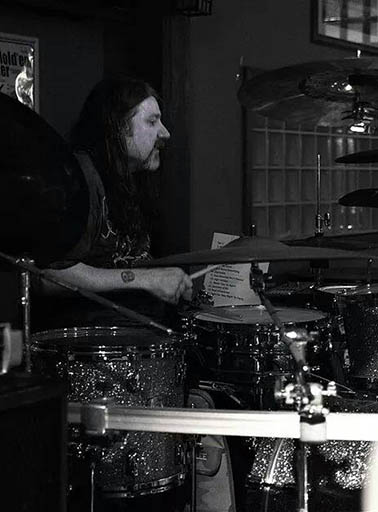 
Freelance Drummer For Hire in Sydney

Andrew Hewitt is available as a freelance drummer to fill in for gigs around Sydney. He is right at home playing pub rock, blues, dance and country. 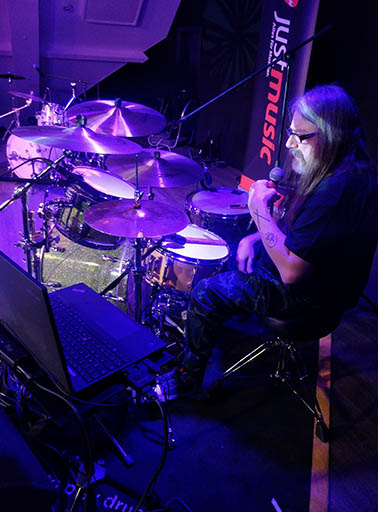 Andrew has been known to fill in for drummers at less than a week's notice.

Only requirement, the venue MUST be wheelchair accessible.

Would you like to learn drums from Australia's most inspirational drummer, Andrew Hewitt?

Andrew Hewitt is available for Private Tuition in Sydney's Western Suburbs. Andrew can teach many different aspects of drumming, with a key focus on Rock drumming.

Whether you haven't even bought your first drum kit yet or you're looking to refine your skills, Andrew would love to take you on as a student and help you develop those skills to become the drummer you want to be.

People with disabilities are most welcome, each lesson will be tailored to suit the student's needs. Andrew's teaching studio is wheelchair accessible.

Drumming Programs for People with Disabilities 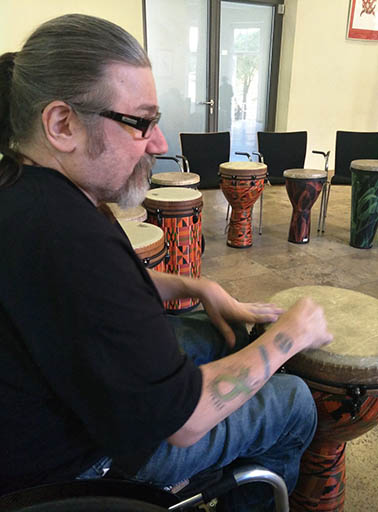 Andrew can provide drum and percussion workshops which are aimed at children and adults with disabilities to help them express themselves creatively using drums and percussion instruments, at the same time helping them with basic co-ordination skills.

Each of these workshops are tailored to suit the each organisation and participant. For example if a person has trouble holding a drum stick or a mallet, we find a way to widen the stick so that everyone can be involved.

These are group workshops with hands-on involvement for people with varying severities of disabilities. During each workshop, I get the group to create their own form of expression by playing different drums and percussion instruments.

Andrew is an International Endorsed Drum Circle Facilitator for Remo. Check out his page on the Remo Website.

Andrew Hewitt is available to perform and speak at conferences, training seminars and expos. These presentations go for up to 1 hour, where Andrew discusses his life, having a disability and being a musician with a disability.

Andrew has spoken, performed and presented at conferences and expos all over Australia and beyond. Highlights thus far: 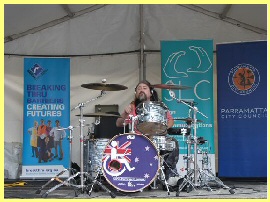