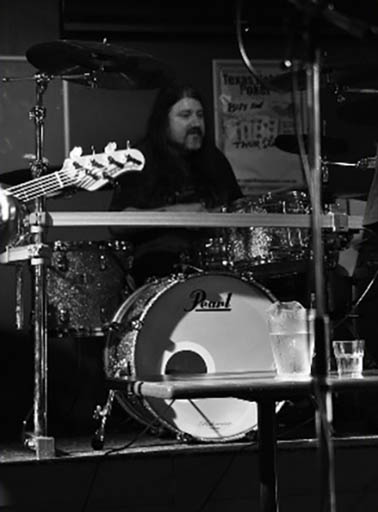 He was born with Cerebral Palsy, which restricts movement in his arms and legs, which forces him to use a wheelchair. This has made drumming a very serious challenge. Despite this, Andrew has been working successfully all over Australia, and internationally for over 20 years.

In March 2013, while in the USA, Andrew travelled to New York to form a new global organisation of which he on the board of directors. Can-Do Musos was established to support musicians living with the challenge of a disability from all over the world.

Andrew's obsession with drumming all started in 1980 when his parents got him a drum kit for Christmas thinking it would be a good form of physical exercise. Over the years as Andrew grew, he could never participate in schools sports or any other physical activities, drums became his major passion.

Andrew played in his first band in North-West Tasmania in the late 80s. Moved to Melbourne in 1992, and then Sydney in 2001. 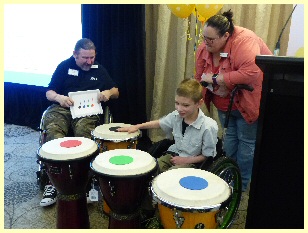 He was determined to never let his disability stop him from achieving a much greater success.

35 years later, Andrew is still hard at it.

In 2012, Andrew was involved in the "Making it Real" video series for Cerebral Palsy Alliance. Andrew along with 13 other people with Cerebral Palsy, discussed topics dealing with life with CP. 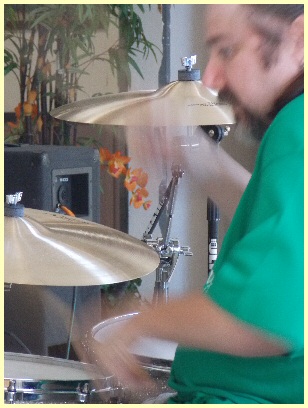 Andrew runs his own drum teaching studio in Western Sydney, where he teaches students of all abilities.

In March 2013, Andrew went to the United States and learnt Eddie Tuduri's TRAP program (The Rhythmic Arts Project), which is a workshop based program to teach people with disabilities to read, spell, count and use life skills using drums and percussion. He has become Australia's first TRAP facilitator, which he is starting to build clientelle for TRAP workshops around Sydney.

While in the United States, Andrew did a clinic performance sponsored by Zildjian Cymbals for other TRAP Trainees and clients of United Cerebral Palsy at the Westside Community Center in Santa Barbara, California, then travelled to New York to meet with Dom, Mike and David with a purpose to form Can-Do Musos.

Andrew has appeared globally in publications such as Modern Drummer (USA), DRUM!, Rhythm (UK), The Black Page (Canada) and regularly in Australia's own Drumscene magazine.

In 2014, Andrew was nominated for the prestigious "Australian Of The Year" award. Even though he didn't make it to the finals, he thinks it was still a huge honor to be nominiated.

In January 2015, Andrew had a return visit to the USA and presented on a panel Can-Do Musos, music and disability with Dom Famularo, David Segal, Mike Mignogna, Joe Hardy, Dean Zimmer, and Mark Goffeney in the HOT Zone at The NAMM Show in Anaheim, California where he discussed his music, passion and the inadequacies of the music industry for when it comes to people with a disability. 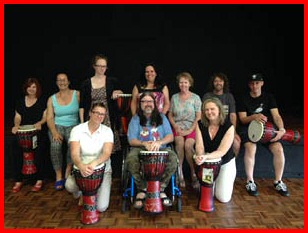 November 2015, Andrew attended a training seminar to learn the HolyOAKE Drum Beat program. The Holyoake DRUMBEAT program is being used by school and services working with a broad range of population groups. The flexible nature of the DRUMBEAT program allows it to be adapted to meet the needs of different groups and gives the facilitator room to introduce new concepts, emphasise relevant points and tailor the session format to their own priorities and strengths.

In December 2015, Can-Do Musos launched CAN-DO MUSOS TV edited, produced and hosted by Andrew Hewitt. This is an online tv show which showcases musicians living with a disability from all over the world.

Andrew with his wife Jennifer, returned to the USA once again in January 2016 to help present Can-Do Musos at The NAMM Show 2016. While there, Andrew also participated along with 400 others at the Remo NAMM Drum Circle, which was hosted by the legendary Arthur Hull. He also did a photo shoot for Vic Firth drumsticks, which has led to Andrew's own aritst page on the Vic Firth website.

In January 2017, Andrew was amongst a group of 12 musicians from 4 countries who opened the 2017 Winter NAMM Show for Can-Do Musos on Center Stage in Anaheim, California.

In October 2017, Andrew was part of a Berlin & Australia Arts Exchange in Berlin, Germany. While in Berlin, Andrew presented, performed and hosted a drum circle at Meeting Place disability arts conference at Podewil in Berlin for Arts Access Australia. While he was there, he co-organised a 3 Australian drummer clinic at Just Music Berlin. 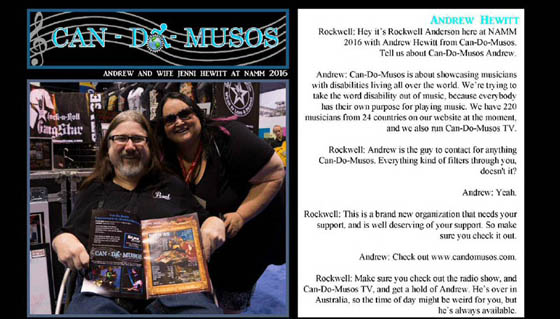 Andrew's playing style is very much based on 70s rock, with a bit of a touch of new groove style rock thrown in for good measure. His influences are as follows:- 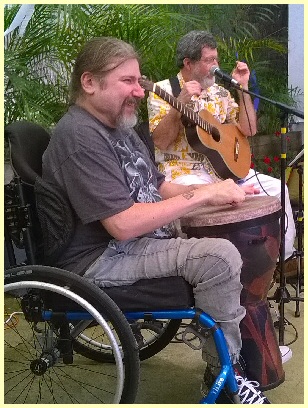 Andrew is an Australian endorsed artist for Pearl Drums, Zildjian Cymbals, Remo Drum Heads and Vic Firth drumsticks. Andrew is an International Endorsed Drum Circle Facilitator for Remo. Check out his page on the Remo Website. He is also a member of the Vic Firth education program through Vic Firth USA.

To assist with his physical challenges behind the drum set, Andrew uses Roland V-Drum pads and drum triggers.